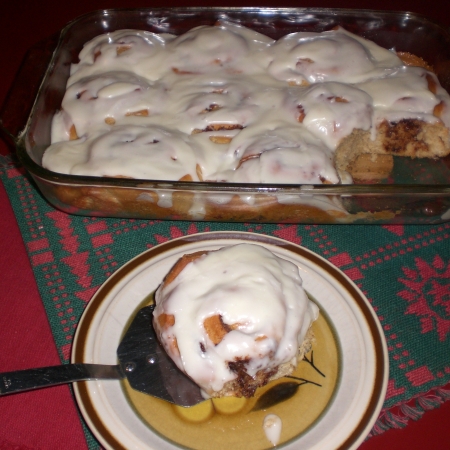 These sweet and moist cinnamon rolls with a hint of orange are as close to perfect as you will ever get! This tasty treat is perfect served as breakfast and/or desert!
Print Recipe Pin Recipe
Prep Time 45 mins
Cook Time 15 mins
15 mins
Total Time 1 hr 15 mins
Servings 10 servings